There's been an update to the Kindling page!
In order to make life easier for players who have a lot of bucks to scroll through, you can now select bucks by tunnel.
Since this nnew method makes the rabbit dropdown less cumbersome, we've also lifted the 'rabbit must be in a burrow' requirement. You can now breed outliers.

With the recent addition of some rabbit markings, some rabbit images have also changed. The system we had in place made it so, if a pose didnt have a marking that other pose was using, it would get converted to the first marking of that type on the database, or if there is such marking, it would hide it untill a marking gets made for that base.
So for example, the pose 1 has the markings A, B and C, but pose 2 has only A and B. If used a shadow of a doubt to change from pose 1 to pose 2, A and B would transfer as normal, but since pose 2 is lacking the marking C, it would get converted to the marking A untill a marking C is made for that pose. That would mean that every new marking we added would change rabbits. Since that is not how we want to deal with the markings anymore, we will be restoring newly changing rabbits back to before we added the new markings and re-doing the system so there arent any more marking changes if we add more.
With this and the already on-going rabbit image fixing, this will take some time, so please be patient while we work on it.

You can now block other players in your settings.
There are four different blocking options: mail, forums, rabbit sales, and all.
You can either block players with any combination of the three individual choices, or select the 'all' option to apply every choice. There is also a new item, the Extra Forage, which you can use after a day's foraging to make all of your rabbits ready to forage again.
This item cannot currently be acquired in-game. It has been sent by staff to many players who may have been affected by a forage-related bug that was resolved a few weeks ago. Enjoy!

The Fullcolor Core and Fading Core items are being renamed and reclassified as flasks instead of cores. They've also received new artwork!
No changes have been made to functionality. We're only updating their name and appearance to help set them apart from the other Cores, since their functionality is different. 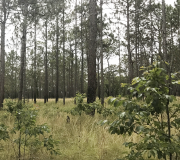 There are 3+ new items you can get from this area. One of those items is the Wildheart Stone, which will allow you to put heart-shaped markings on bunnies! Keep in mind, not every pose has heart markings available, but our art team has come out with lots of never before seen heart markings in preparation for this month!
If you have a chimera, this stone will add a heart marking to each side and you can remove one if desired.

An update has been made to some of the color changing items.
All items (such as stones, cores, and Skvader Stars) that are used to either edit or add markings are affected.
When adding new markings or editing markings in the crystal cave, an item was previously needed for each individual marking edit/addition. For example, changing the hue of two different Wild markings would use up 2 Wild Cores. Likewise, if you wanted to add 3 different Wild Ear markings, that would require 3 Wildear Stones.

We have changed the requirements on this to now only use up one item at a time. You can now edit multiple Wild markings with the use of one Wild Core. Or you can add 3 different Wild Ear markings with the use of one Wildear Stone.
If you're editing or adding different things (that require different types of items), you'll still need the other items. For example, if you want to edit 5 Wild Markings and 3 Spirit markings, you will need 1 Wild Core and 1 Spirit Core.

Many rabbits have been discovered to have missing agouti markings due to a bug. These markings have been fixed.
This may cause rabbits to get markings they didn't 'appear' to have previously. These can be removed with a Removal Stone if they aren't wanted.