The kindling feature is back up and running. It was down previously due to a 'kit limbo' bug that caused kits to be listed with outliers on the Warrens page. We've gone through the feature throroughly during the downtime to diagnose and fix the problem, and believe it has now been fixed.

If you encounter any problems, let us know in the bug reports forum. You can now edit the saturation of a marking using Wild or Spirit cores.

You can now view a list of foraging items by location in the foraging guide.

This list is automatically up-to-date to ensure that it will always be correct.

There is a new Wild Stone! It's called Wildfade and will give your rabbits faded wild markings.

They can be found in Fogwood. We have also sent some of these stones out to players, since fade type markings have been on the site before.

We are still working on transitioning all the wild markings to their respective stones and getting the system fully in place.

Color names will be given a revamp soon after we finish updating the system. If you have any incorrect color names, not to worry! These will be fixed later.

New marking stones have been added! These can be used to give a rabbit wild markings. The Wild Legs, Wild Body, Wild Tail, Wild Eyes, Wild Ears, and Wild Nose sets have been added to explore and forage. Many have been sent to players directly from staff.>br>
You can also get a Removal Stone in Quickbuy.

If you don't see certain markings you expect to find in a set, it's because we have more marking stones on the way! We are also working on:

- The new marking stones and revival of Palms, Jays, and other stones. 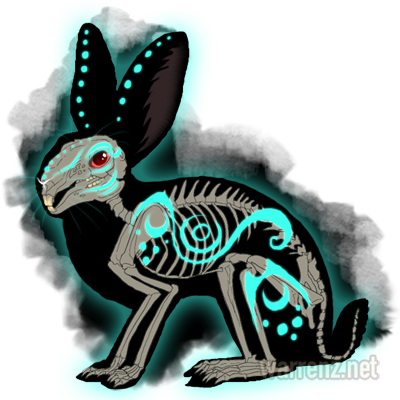 Mosaic and Chimera masks have been updated to work with the new system! The old system relied heavily on randomization, whereas the new one allows for greater control over genes, modifiers, and the markings themselves on chimeras/mosaics. So the Mosaic Masks now apply a fixed pattern (which you can alter with the chimera marking changing item), and hidden modifiers will be copied from your rabbit's mainmodifiers (which can be changed with chimera snowflakes). The chimera side genes will be set to aa BB CC DD EE enen VV (a black rabbit) unless you select split DNA at the same time.

With the addition of almost double the amount of color-changing items we used to have, the formerly named 'Gems & Genes' shop has been split into three different shops.

DNA Mart - unlocked at level 100, this shop stocks strictly DNA items (no snowflakes or crystals) and is tied to the Townside lore-wise as this is a busy human area!

Gem Shop - This shop is tied to the Mystic Grove lore-wise, being that it contains natural color-changing items like crystals and snowflakes. It's unlocked at level 110 accordingly.

Chimera Market - This is a special new shop that has the chimeric versions of Snowflakes, Crystals, and DNA (which are no longer cluttering up the other shops). It can be unlocked by finding a chimera. This is a new feature that tracks when chimeras are found. We did not previously record this information, so anyone who currently has a chimera on the site (regardless of how they were obtained) should have access to this shop. In the future, though, you will only get access gto the shop after finding your own chimera/mosaic (either through breeding or explore).